Known as the master antioxidant, glutathione supports the destruction of toxins and free radicals throughout the body, especially in its function in the liver. 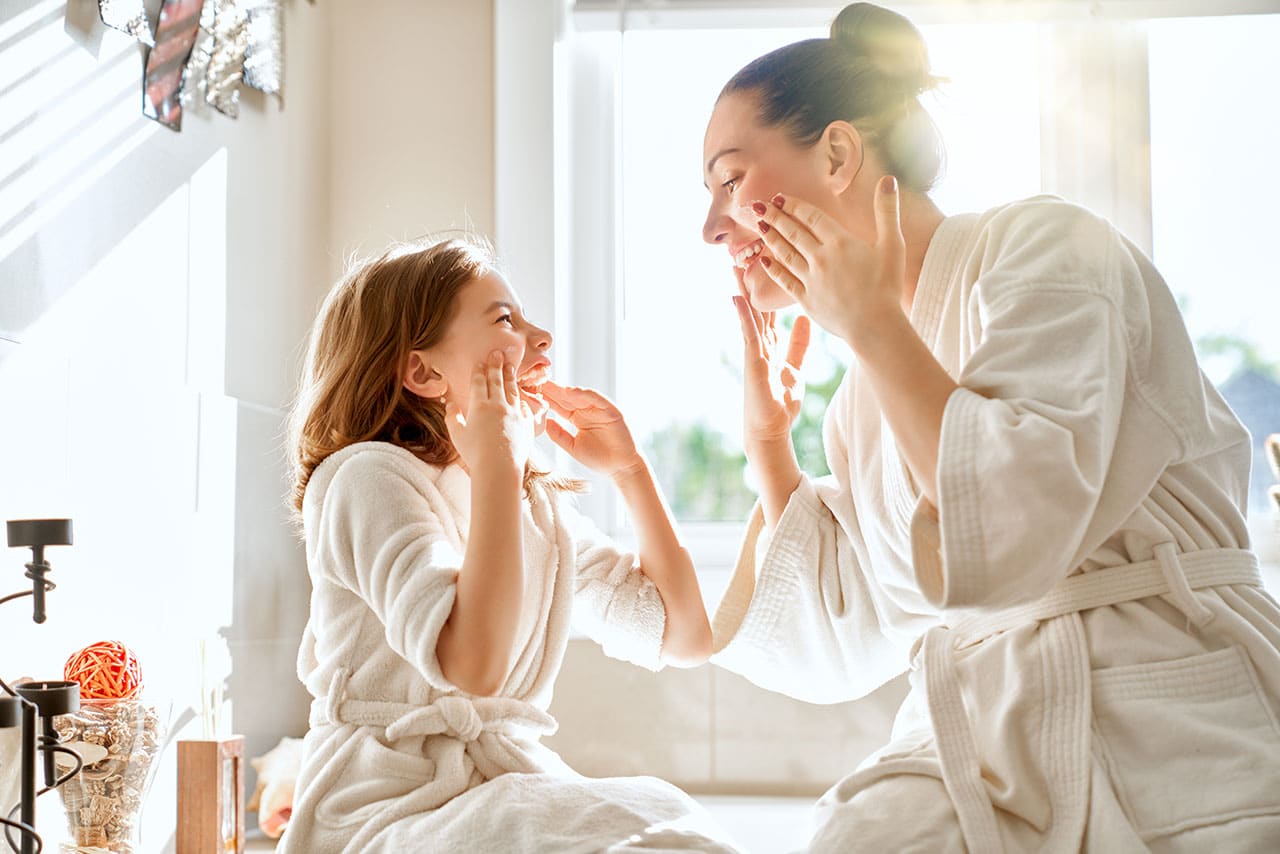 Human glutathione levels begin to decline 10-15% per decade at the age of 20, which may cause low energy, fatigue, and a weakened immune system.

Experience the energy-boosting effects of this vitamin therapy without the pain or side effects of needle jabs in your shoulder with glutathione injection therapy at AustinMD. We will take your medical history and create a custom dosage of intravenous glutathione to help you achieve the benefits you want, for everything from skin lightening to enhanced alertness in a few hours after your appointment.

Glutathione treatment may also be a helpful way to enhance liver health in people who suffer from fatty liver disease or other conditions, making it a versatile treatment for many people.

Benefits of Glutathione for the Body

Glutathione has multiple benefits both internal and external. Glutathione IV therapy can work to:

How Does Glutathione Work?

Glutathione is most commonly found in the human liver and is composed of three amino acids: glycine, cysteine, and glutamic acid. Toxins and free radicals stick to the Glutathione molecule and allow the body a way to eliminate the toxins. Glutathione is recycled by the body at a constant pace and can be used again to help eliminate toxins. However, if the toxin load is too high, the glutathione recycling process gets overloaded, and problems can occur.

Another effect of glutathione deficiency can be that your body is busy using its resources to combat free radicals in the skin, leading to somatic symptoms like chronic fatigue syndrome that can lower your energy levels and exacerbate the circadian rhythms that make your afternoon or mid-day slumps more pronounced.

When you’re feeling fatigued or want a way to enhance your skin health, customized intravenous treatments at AustinMD can be a way to boost your immune system, fight free radicals, and alleviate symptoms of chronic illness..

Supplementing your normal intake of glutathione can be done in several ways. At AustinMD, we offer intravenous drip glutathione and IV push glutathione treatments to replenish your body of this potent antioxidant.

Glutathione levels can also be boosted by eating certain foods that are rich in sulfur. This is because sulfur molecules comprise the more complex glutathione compound, so without sulfur, there’s less glutathione present in the body. Foods rich in sulfur include:

Glutathione itself can be found in raw substances like unpasteurized milk or other dairy products as well as very rare meat, however, the pasteurization and cooking process for these will eliminate much of the naturally occurring glutathione. Fresh fruits and vegetables can also be a source of glutathione when eaten shortly after picking.

Oral supplements of glutathione are available both over-the-counter and with a prescription, although the digestion process may break down pure glutathione and repurpose it for other uses. Talk to a specialist at AustinMD to find out if glutathione supplements or IV treatments are right for you during a consultation.

If your immune system is not optimal and your glutathione is depleted, IV glutathione support may be just what you need. Find the energy or more even skin tone you want with glutathione IV treatments today. Call or contact us online to learn more about this treatment and to schedule your appointment in North Austin today.

You can now view our pricing online! 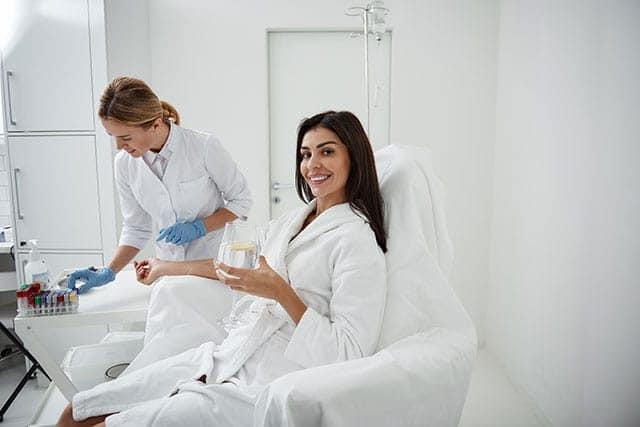 What to expect at your IV Vitamin Treatment?

All vitamin IV therapy is administered by our amazing IV nurse, Jackie! A typical IV, such as Myers Cocktail takes approximately 30 minutes to an hour to administer, while others such as High Dose Vitamin C or NAD+ can take up to 2 hours.

Are you an IV Therapy Candidate?

At AustinMD, we also provide customized IV drip treatments of multiple vitamins, minerals, antioxidants and amino acid nutrients in a highly IV infusion drip, within a welcoming relaxed environment. Almost anyone can benefit from an IV Treatment. 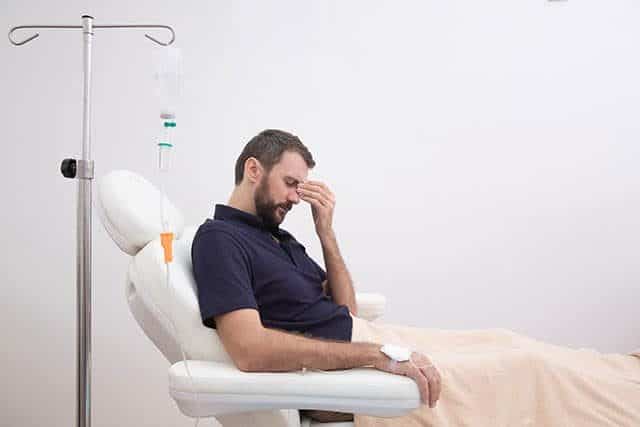 Please review the frequently asked questions below. If you don’t find the answer to your question, feel free to contact our new patient coordinator via email and set up a FREE discovery consultation.

How Does IV Therapy Work?
IV therapy is a straightforward procedure. Regardless of the type of IV therapy you are receiving, you can expect the process to be pretty uniform. The nurse administering the therapy will talk you through the procedure. Generally, you will be seated somewhere comfortable for the duration of the therapy. The nurse will disinfect the injection site and place a needle directly in a vein. The IV will typically be placed in the arm, but it is possible to be placed elsewhere.
The Benefits of IV Therapy
The fluids inside an IV bag depend on the type of therapy you are undergoing. Intravenous solutions can contain saline, vitamins, minerals and medication.
Common Uses of Intravenous Therapy
So, what is IV therapy used for? Generally, the main types of IV therapy are Hangover relief, Athletic performance recovery, Immune system support, Cold and flu relief, Pregnancy symptom alleviation and Migraine and headache relief
How Long Does IV Therapy Take?
IV therapy drips amino acids, vitamins, minerals and fluids at a controlled rate. Once you are connected to the IV, which is usually a quick and simple process, the duration of the therapy will depend on why you are undergoing IV therapy. This process can take longer, but will typically require 45 minutes to an hour of your time. Some IV therapies can be done relatively quickly, while others will take longer.
How Long Do the Effects of IV Therapy Last?
How quickly will you feel the effects of the IV drip? Again, the answer depends on why you are undergoing IV therapy. In some cases, you may feel the effects almost immediately. In other cases, it may take more time. The effects can last for up to a few days after completing the procedure, depending on a number of different factors.
Medical History

To determine a client’s treatment, Dr. Roy and his staff will review your entire medical history. You may want to request copies of your medical files to share with him.

Your medical files and treatments are held in the strictest of confidence; all correspondence is handled through our secure patient portal.

We believe in education in bringing about improved wellness and teaching others about the importance of diet, exercise, hormones and stress relief.

Not Sure Which Service is Right for You?

Talk to our New Patient Co-Ordinator

We are here to help. Complete the form below and one of our team will get back to you within one business day. Be sure to complete the form with as much information as initially possible.

Save with our IV Membership options.
Save

Your safety matters to AustinMD Aesthetics and Wellness in Cedar Park, TX
We Care

Due to increased health concerns and feedback from patients we are now scheduling Virtual Consultations.
ONLINE
Go to Top

Here’s our commitment to you: